Just some days ago the Italian Architects network announced the calls for the awards to the Italian architects of 2014 and in the jury we find also Francesco Fresa, partner of Piuarch, the office winner of 2013 edition.

Chosen from the 70 nominations made ​​by the  members of the 105 provincial architects boards, Piuarch - composed by Francesco Fresa, Germán Fuenmayor, Gino Garbellini and Monica Tricario - was considered emblematic example of how you can achieve a high architectural and urban quality from the complexity of the forces that act on the transformation of the environment today, expressing a significant ability to actually dialogue with different cultures, expectations, financial and technical resources.
Some project built by Piuarch, such as Congress Center in Riva del Garda, Bentini Headquarters in Faenza, Four Courts in San Pietroburgo, the subsidized housing complex in Sesto San Giovanni, Offices of Porta Nuova in Milan, show, in fact, as you can pursue new forms of urbanity and new areas of life and work in professional conditions in profound and continuous change. (Press Release CNA)

Seventeen years of activity, 10 works realized in Italy,  40 stores around the world, a turnover around 2 millions of euros. Four partners and six associates who in January will become 11, around 35 people. These are the numbers that describe in figures the work of the Milan office Piuarch, led by fifty year-old Fresa, Fuenmayor, Garbellini and Tricario.
(Paola Pierotti on Edilizia e Territorio) 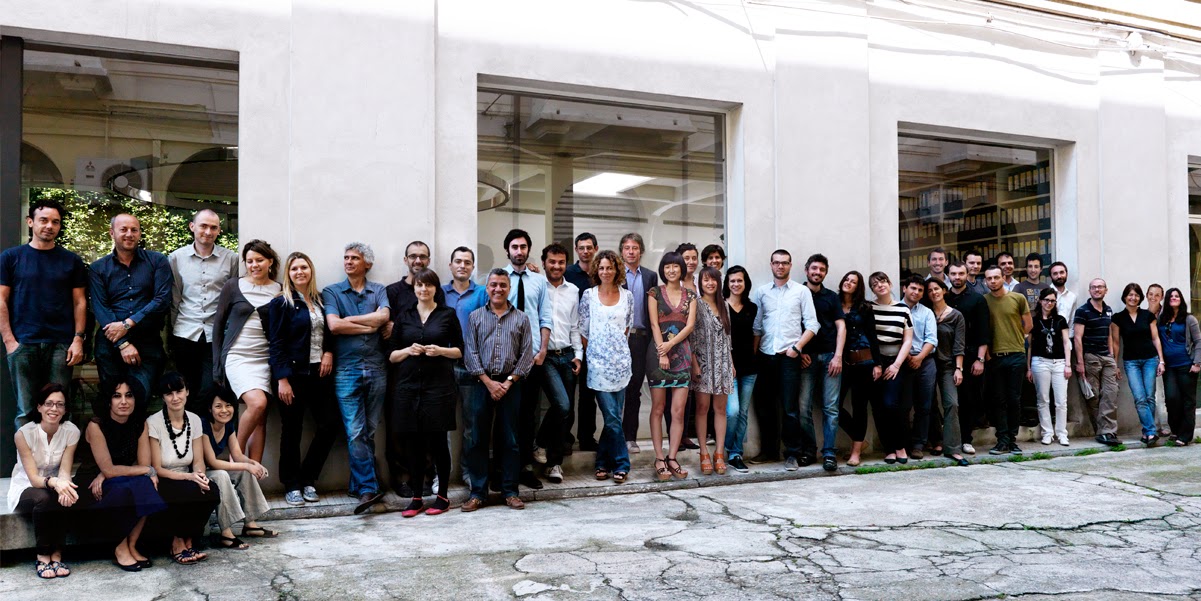 The studio opened in 1996, has developed numerous projects at different scales and for different types of work both in Italy and abroad. Here is their philosophy: In our project approach, architecture is always related with the context, the individual building is always seen first as a part of the whole. Every building must dialog with the history, features and needs of a particular place and time. Meanwhile our architecture is modern, it uses a contemporary language, but always takes its cue from the specific character of the site. We design buildings with a strong identity, which enrich the urban fabric in which it is included, at the same time respecting it.


The Italian Architect Prize, 2013, as well as that for the young talent of Italian architecture 2013, won by Fabrizio Barozzi, have been banned for the Feast of the Architect 2013, which the CNAPPC established in the occasion of the ninetieth anniversary of the foundation of architects board, the  June 24th of 2013, with the aim of identifying annually a day for celebrating, at national and local level, the architecture and its protagonists as central elements of a process capable of enhancing the quality of the project in its higher civil and cultural aspects.


On the June 24th of 1923 in fact was approved the law on "Protection of title and profession of architects” recognition fundamental to ensure to Italian citizens that architecture would carry on by people who had the culture and technical expertise and who respected ethical principles in dealing with the company and with the customer.